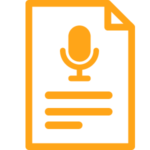 Hey this is Ben Frear and today I’m going to talk about E2 change of status applications.

So, there are two ways to apply for the E2 Visa…

You can either deal with the Department of State and apply for an E2 visa at an embassy or a consulate abroad. Or, if you are in the United States in valid status, you can apply by filing an E2 change of status application with USCIS.

Now, here is something that is important to know…

If you apply through the consulate for the visa, you will be able to travel in and out of the United States as long as your visa continues to be valid. And you will typically receive two years of status upon each entry into the country.

Let’s compare that with the change of status. If you apply for an E2 change of status through USCIS, and you’re successful, you will get two years of status. Now that is great. But unfortunately if you leave the United States you will not be able to re enter in E2 status unless you first make another full application through the consulate or embassy abroad.

This is something that a lot of people don’t realize. Most people assume that if you get E2 status via a change of status application with USCIS, you will automatically get the E2 visa. That sort of makes sense. But unfortunately that is not the case. Because of this unfortunate reality, I typically advise my clients to apply for an actual E2 Visa at a consulate or embassy abroad to save them the hassle of having to make two applications.

Reasons to File a Change of Status

However, there may be compelling reasons to make a change of status request through USCIS.

For example, if you’re facing a massive wait for an interview abroad—or if there’s some reason why you can’t travel back to your home country— then it may make sense to apply for a change of status, assuming that you are already in lawful status, you want to start running your business as soon as possible and you fully understand the risks associated with filing an E2 change of status application. 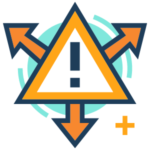 The second major risk that you should be aware of relates to the 90 day rule. This is a rule that’s used by the Department of State. And it essentially means that if you do anything within the 1st 90 days of entering the United States, that is inconsistent with your previously stated intent, then the department state will presume that you made a willful misrepresentation.

So think about that…

You could successfully apply for an E2 change of status and then you start running your business, you employ workers, you generate revenue, everything’s going great. But when you leave the United States to apply for the visa abroad, you could be flagged for making a willful misrepresentation and be barred from entering the United States to run the business that you worked so hard to launch.

So please before you decide on making an E2 change of status application, talk to an immigration lawyer.

It certainly doesn’t have to be me. There are lots of amazing immigration attorneys out there that will be happy to help you.

So if you talk to an immigration lawyer about the risks and you decide that it would make sense for you to apply for an E2 change of status, then the process would look like this…

The main document that you would file would be the form I- 129. And along with that, you would submit a lot of supporting documentation that shows that you qualify for the visa. If you want a decision within 15 days, then you can pay for premium processing by filing form I-907 and paying an additional fee. If you have a dependent spouse, you will file form I539 to request E2 dependent status for them. Work authorization for spouses can be requested by filing form I 765.

So applying for E2 change of status could be a great idea depending on your situation. However, it is important that you understand the risks and the hassles associated with this path before you make a decision.

I hope this information was helpful. If you did enjoy this video, please like it or share it with someone who could benefit from it.

Thank you for your time! 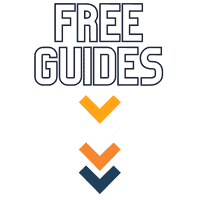