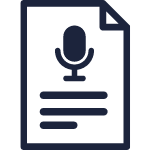 Hi. My name is Ben Frear. I’m an immigration lawyer who helps people with the E2 visa process.

In the video that you’re about to watch, I’m gonna walk you through some E2 Visa investment examples. Now, I think this is a great topic because I often times get questions about this. People will reach out to me who know about the basics. They know there is not a minimum amount needed for the E2 investment, but they want to know what kind of investment will actually work for E2 visa purposes.

Now, I’m hoping that after you watch this video and see the E2 visa investment examples, you’ll have a better idea of how a qualifying investment looks.

If you get to the end of this video and you need some clarification or you have questions about other aspects of the E2 visa, please don’t hesitate to reach out to me directly.

So here it comes…I hope you enjoy the video, and again, please feel free to reach out to me if you have any questions. 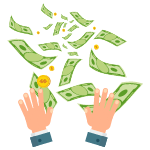 Before I give you a few E2 visa investment examples, I just want to give you a quick run down of a few of the E2 investment requirements that are important for the purposes of this video.

Now, many people know that for the E2 visa, there is no minimum investment requirement.

However, the investment does have to be large enough to make the business work. The investment also has to be committed to the business, which means that the money has to be actually spent, as opposed to sitting idly in a bank account.

Also, it’s important to note that businesses with lower start up costs, usually around $100,000 require a larger percentage of the investment to be committed before the application could be made.

Now, to be clear, there are other E2 visa requirements that you’re going to need to know about before you make your application. But for the purposes of this presentation, these are the only three principles that you need to understand. In order to make sense of these examples, the investment must be large enough to successfully launch, the money must be committed, and lower investments require a higher level of commitment.

All right, so now that we have that out of the way, let’s jump into some of the examples.

For example Number one, we have Tim from New Zealand.

Tim has a successful social media marketing business in New Zealand. He wants to move to the US and open a similar business.

So he forms an LLC, he receives a taxpayer ID number, he opens a US bank account and he transfers $50,000 US into the LLC’s bank account. He drafts his own business plan that shows that he needs $50,000 to get this business up and running.

So Tim’s feeling pretty good about all this. The company has been formed. He has the money. He has a plan. He has the experience.

So…brimming with confidence, he applies for the visa, which is promptly denied. Why did this happen?

Tim’s E2 visa application was denied because he had not actually committed the money to the business. He
had the money that he needed, but he didn’t spend any of it. He formed the LLC on the cheap. He didn’t hire a business plan writer. He didn’t hire any lawyers. He didn’t hire an accountant. He launched his business on a shoestring budget. And
I understand why he would do that. Why would you want to spend more money than necessary to launch your
business?

But here’s the reason…

In the E2 visa world, with no committed investment, there will be no E2 visa business. If you want the E2, you will
need to spend money before you apply. So Tim was denied, and that certainly hurts. But this isn’t the end of
the road for Tim. The good news is that he can reapply.

In short, he can actually spend some money. Hire some professionals, Hire a business plan writer, an immigration lawyer, maybe an accountant. These expenses will be counted and they will show your level of commitment.

Number two…he could consider office space. Now I certainly don’t want expensive office space, either, so I can understand if Tim doesn’t want it. But if Tim can sign a lease and pre pay for at least a few months, that money that he’s committed to his office is going to be counted towards the E2 investment.

Tim could also purchase some equipment. There aren’t many businesses that I know of that do not at least require a computer. If Tim has been eyeing a new MacBook Pro, this would be the time to pull the trigger.

Tim could also spend money on marketing. For example, he could purchase Facebook ads. Now, as a social Media marketer, Tim’s going to understand the importance of this. He could launch an awareness campaign. He could target people that could use his services and start spending money on ads.

If Tim does these three things and commits his money, he will be well on his way to making a qualifying E2 visa investment.

Investment Example #2: Sara From the UK

For example number two, we have Sara from the UK.

Sara has always dreamed of leaving her soul sucking corporate job. As someone with an artistic side, she has always been interested in photography. She’s also interested in living in the United States. So one day she hears about the visa and she realizes that she could use the E2 to realize two of her dreams. So here’s what she does…

Sara decides to take some action. On the nights and weekends, she takes photography classes. She reaches out to an immigration lawyer that guides her through the initial steps that she needs to take.

She hires a lawyer to set up her business entity. She sets up US bank account. She transfers $35,000 into the account. Then she starts to spend her money. Some money goes to her lawyers. Some money goes to the business plan writer. She buys a new camera. She purchases lighting, a new computer and editing software. She also spends some money on ads that target people in the area in which she will operate. After spending all the money that she needs to spend to start her business, her total investment tally is $25,000 with $10,000 in the bank for operating expenses.

Now this investment is modest, but it should work. It should work because she spent all that is needed to launch her business.

For the third and final example, we have Stephen from Canada.

Stephen is an accomplished entrepreneur who was opened a number of critically acclaimed restaurants in Vancouver, and he is planning to open a fine dining restaurant in San Francisco.

The start up costs for this operation are high. He needs to put down a hefty deposit for a lease. He also needs to purchase equipment, a designer for the space, public relations, staff, consultants, etcetera. When he adds up all of his expenses, the total amount that he needs to launch his business is $750,000 of which he has already committed $600,000.

Since the start up costs are so high, a $600,000 committed investment, along with details on how he’s going to
spend the rest of the investment should be sufficient for E2 visa purposes.

So if you’re thinking about the E2 visa, remember that you’re ultimately going to have to show that…

I hope these examples have been helpful. If you want to talk about your E2 visa possibilities, please feel free to set up a call through my website at frearlaw.com or email me at ben@frearlaw.com.

Thanks so much for watching!